We are a Custom Home Builder & Remodeler for Austin, TX

Silverton Custom Homes is most proud to offer its premier custom home building services here in the great city of Austin TX.  Ranked by Forbes Magazine as the number one biggest boom  city in America and popularly known as the live music capital of the world, Austin offers the perfect blend of natural charm and beauty, vibrant economy, superb outdoor recreation and casual elegance. Austin TX is one of the best places to live in the country. For convenience, Austin gets high marks as no matter where you choose to live, everything is just 20 minutes away including the Austin Bergstrom International Airport at a mere 25 minutes or less.

Silverton Custom Homes has built many custom home properties in this great city over the years. From simple start-up properties to multi-million dollar mansions. We cater to all customer price points. No matter what priced property you desire in Austin we can do a spectacular job for you.  Austin is one of the best places for you to choose a home site for your custom home. With its unique combination of legendary entertainment, world-class shopping and diverse dining options, there is something for everyone in the entire family. 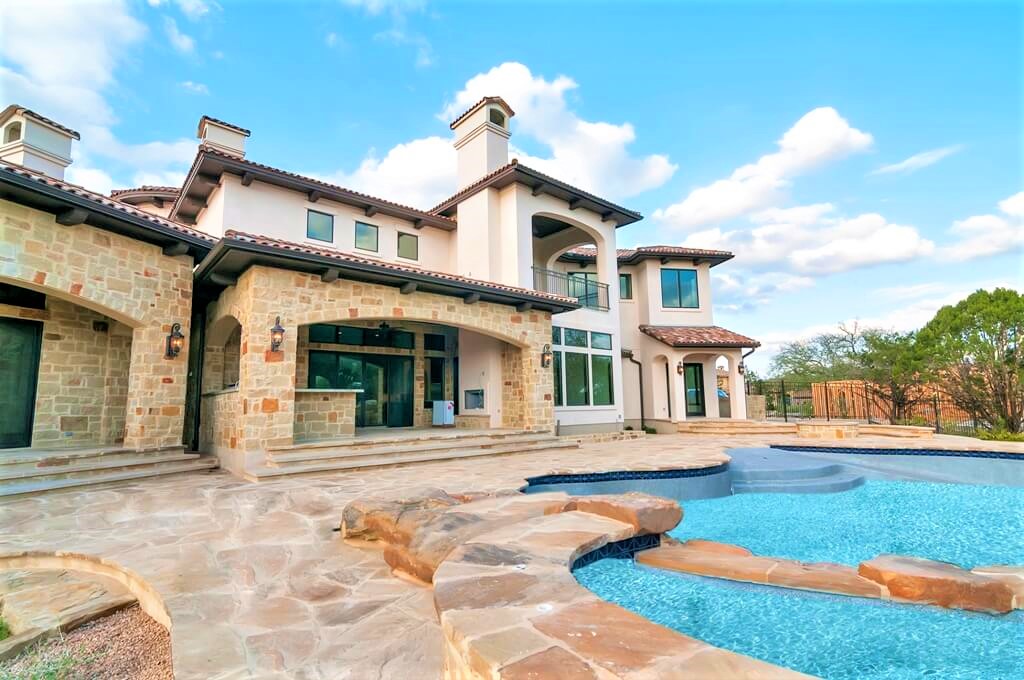 People looking to build a custom home property here in Austin TX are attracted to the vibrant and active cosmopolitan energy of downtown Austin. From high-rise condominium units with amazing views of the city and resort-like amenities, to neighborhoods filled with the rich history of the area. There is a huge number of properties that line the majestic tree-lined streets and convenient access to wonderful neighborhood parks.  Outside of the city’s center you can find a plethora of active MLS listings of properties for sale. Find dozens  of custom home neighborhoods that offer world-class club amenities such as fitness centers, championship golf courses and secured gated entrances. There are also many affordable communities in the area also that offer convenient access to a number of shopping, dining and entertainment choices not to mention the many award winning schools that are all within ten to twenty minutes of downtown.

Austin is home to many water sport enthusiasts that love water skiing, boating and fishing.  Silverton Custom Homes can help you find home sites that feature direct access or in close proximity to the crystal clear waters of Lake Travis and Lake Austin.  The number of public parks here in Austin is also quite outstanding. Find over 19000 acres of prime real estate that have already been set aside for parklands. The Zilker Park for instance is very big and regularly hosts a number of popular and widely anticipated events like the Austin City Limits Music Festival.  There are also a number of small and intimate neighborhood parks that provide picnic tables and access to community swimming pools. There are lots of green areas to play Frisbee or have a nice and relaxing afternoon picnic.

If you live in Austin then chances are you love the outdoor lifestyle. The for starters has over 40 golf courses for you to choose from and 50 disc golf courses too. Austin also has won the distinction of “Silver Level” rating for bike routes from the League of American Cyclists.  Enjoy the fresh crisp clean air while canoeing, kayaking or paddle boarding in Lady Bird Lake.  There are also a number of nationally acclaimed hiking and biking trails.  Barton Springs which is just a few minutes from the city center, the country’s biggest naturally fed pool is located.  It is one of the most popular places to sun bathe or for a relaxing swim.

As you can see, Austin is one of the best places to live. There are many options for any priced custom home here in the city. Silverton Custom Homes can provide you with decades worth of experience combined with a stellar reputation to ensure you have the best custom home built here in Austin no matter your budget.

The Tonkawa tribe along with the Comanche and Lipan Apaches were the first settlers in Austin prior to the arrival of Europeans. In 1730, three missions originating from East Texas were combined and reestablished as a single mission on the south side of the Colorado River in what is now Ziker Park.  During the early 19th century, Spanish forts settled in what is presently  San Marcos and Bastrop.  In 1839, the Texas Congress established a commission to find a site for a new capital that is to be named for Stephen F. Austin. The second president of the newly established Republic of Texas, Mirabeau Lamar advised the commissioners to look into an area called Waterloo, with its nice hills, waterways and all-around present surroundings. Waterloo was approved and then renamed “Austin.” The location was considered ideal as a crossroads for trade routes between Galveston Bay and Santa Fe as well as a route between Mexico and the Red River.

Austin, TX has a population of 907,779 and is the 11th largest city in the United States. The population density is 2,830 per sq mi, which is 2819% higher than the Texas average and 3023% higher than the national average. The median age in Austin is 32, which is approximately 5% lower than the Texas average of 34. In Austin, 44% of the population over 15 years of age are married, 68% speak English and 24% speak Spanish. 53% of Austin residents were born in Texas, 27% were born out of state, 2% were born outside of the United States and 18% were foreign born.

Austin is comprised of 29 public school districts, 17 charter schools and 69 private schools. Virtually, the Austin Independent School District serves the city.  The district also includes respected schools such as the magnet Liberal  Arts and Science Academy High School of Austin Texas or LASA. The school is known to have consistent high test scores in the top thirty schools in the country.  The Ann Richards School for Young Leaders is another notable school in the city. Other school districts that serve the city are: Round Rock, Pflugerville, Leander, Manor, Del Valle, Lake Travis, Hayes and Eanes Independent School Districts.

Here are the names of some of the many churches located within the city:

The biggest employers in the city are:

Franklin Barbecue – Is probably the most popular barbecue restaurant in the city and is regularly sold out of briskets everyday since the beginning.

Eddie V’s Prime Seafood —  Is considered to be the number one restaurant in all of the city. They serve the best Chilean sea bass and the crab rice is a definite must try. The ambience and the service are top notch. They serve excellent oysters, spicy Hamachi appetizer, tuna tartar and  the NY strip.

Truluck’s Seafood Steak and Crabhouse – They serve some of the best shrimp cocktails in the city. This meal consists of 5 large shrimp on ice and dry ice for added effect and comes with an amazing cocktail sauce. The bone in filet is also amazing and is served very nicely. They serve an amazing bread that consists of a whole loaf of 5 different separate smaller portions that serves as a nice complement to the steak.

Cypress Grill – The restaurant serves some of the best fried catfish, fried okra and bread pudding in the city. It features an amazing Cajun menu. Do try a cup of seafood gumbo and a cup of jambalaya to make a seemingly light meal taste so great.

Fun Things to Do in Austin

Annual Events in the city include:

Museums in Austin include:

Austin truly is a great place to live.  If you’d like to talk to us about building your custom home here in Austin, Texas give us a call.  We can’t wait to meet you.